And explain how you felt about the person 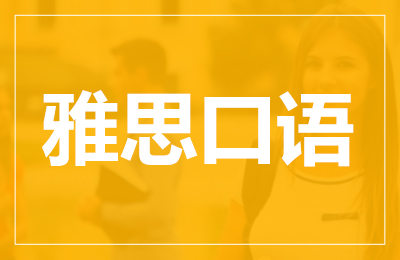 A person that comes to mind is my friend, Anna, who is also my classmate. Both of us are majoring in Finance, however, she is really into fashion, so during her free time, she does some modeling job.

A person that comes to mind is my friend’s friend, Amanda. She is a famous stylist 造型师 in China and she works with many well-known celebrities in my country. Because of her job, she also has a great fashion sense and all her clothes are very unusual compared to mine.

A person that comes to mind is my friend, Anna, who likes to wear unusual clothes. Actually, she is really good at sewing 缝制(衣物), so she designs and makes most of her own clothes.

A person that comes to mind is my friend’s friend, Amanda. She is really fashionable and she loves reading fashion magazines. There are piles and piles 一堆堆的 of them in her room.  She has been into fashion for over 10 years and clearly has a unique and classy 高大上的 sense of style.

A person that comes to mind is my friend, Anna, who likes to wear unusual clothes. I have always thought she is a very unique person who likes to take risks. She likes to try new things and doesn't like to conform to "normality" 符合正常.

A person that comes to mind is my neighbor, an old lady who is in her 80s. Even though she is a bit old, she doesn’t look her age 看起来不像她的年纪, as she wears trendy 潮流的, stylish 时髦的 clothes.

A person that comes to mind is a homeless person. He used to sleep in a park next to my neighborhood. I never talk with him but from his appearance, I can tell he is approximately 40 years old.  He drifts around 四处流浪 alone with his dog.

What the person's unusual clotheslooklike

She has a very bold 大胆的 dressing style. She likes wearing ripped jeans 破洞牛仔裤 and all her tops 上衣 are very short, tight and sexy.

She is also into vibrant colors 鲜艳的颜色. She likes wearing clothes that clash 冲撞. I remember once she wore a red top with yellow overalls 工装裤 and green shoes. The colors really made her stand out and people on the street stared at her.

Her clothes are very unique because of the material she chooses. She doesn’t like normal material like cotton or silk, she prefers plastic and most of her clothes are made of it. Some of them are even transparent 透明的.

At the same time, she likes to choose things to decorate her clothes with, like a big Barbie on the back or zips 拉链 up and down 到处都是 the sleeves 袖子.

At first, I thought she likes to wear unusual clothes because she wants to stand out from the crowd, but after talking to her, I realized that her clothes do not represent her. She wears those clothes for her work. As a stylist, she has to meet and work with people in fashion so she needs to make a good impression.

How you feel about the person

I think she is a very brave person and also my role model. When you wear unusual clothes it is easy to get judged by the public, but she doesn’t care, she just ignores the comments and does what she wants to do. Because of this, she never feels depressed. Instead, she uses her clothes to show off her personality and she is proud of it.

Actually, I am not really judgmental and I also know it is everyone’s freedom to choose what they want to wear, but I still think it is unsuitable to wear these type of clothes if you are not going to a fancy party. They are uncomfortable and draw people’s attention. To some extent, I don’t think it is a good thing to be too noticeable.

A person that comes to mind is a homeless person 流浪汉who sleeps in the park next to my neighborhood. I have never asked him but from his appearance, I can tell he is approximately 40 years old. He walks around alone with his dog.

As he doesn’t have any money, he dresses in old tatty 破旧的 clothes.  He has a mismatch of 不匹配的 clothes depending on the temperature.  In the wintertime, he wears all of his clothes together to keep himself warm and in the summertime, he mostly wears a stained 沾了污渍的 t-shirt with holes in it, a pair of ripped 破旧的 trousers and some old boots.

Unlike others who want to stand out by wearing unusual clothes, he has no choice. For him, keeping warm and keeping safe is the only thing he cares about. Clothes and what he looks like are not a priority 优先考虑的事 for him.

How you felt about the person

I feel sad when I see him and I also feel disappointed in our society. Because of the clothes he wears, people laugh at him and children call him names. Nobody stops to talk to him or offer him a helping hand. They don't give him the time of day. Whenever I can I take him a cup of hot chocolate and cake which he really appreciates.